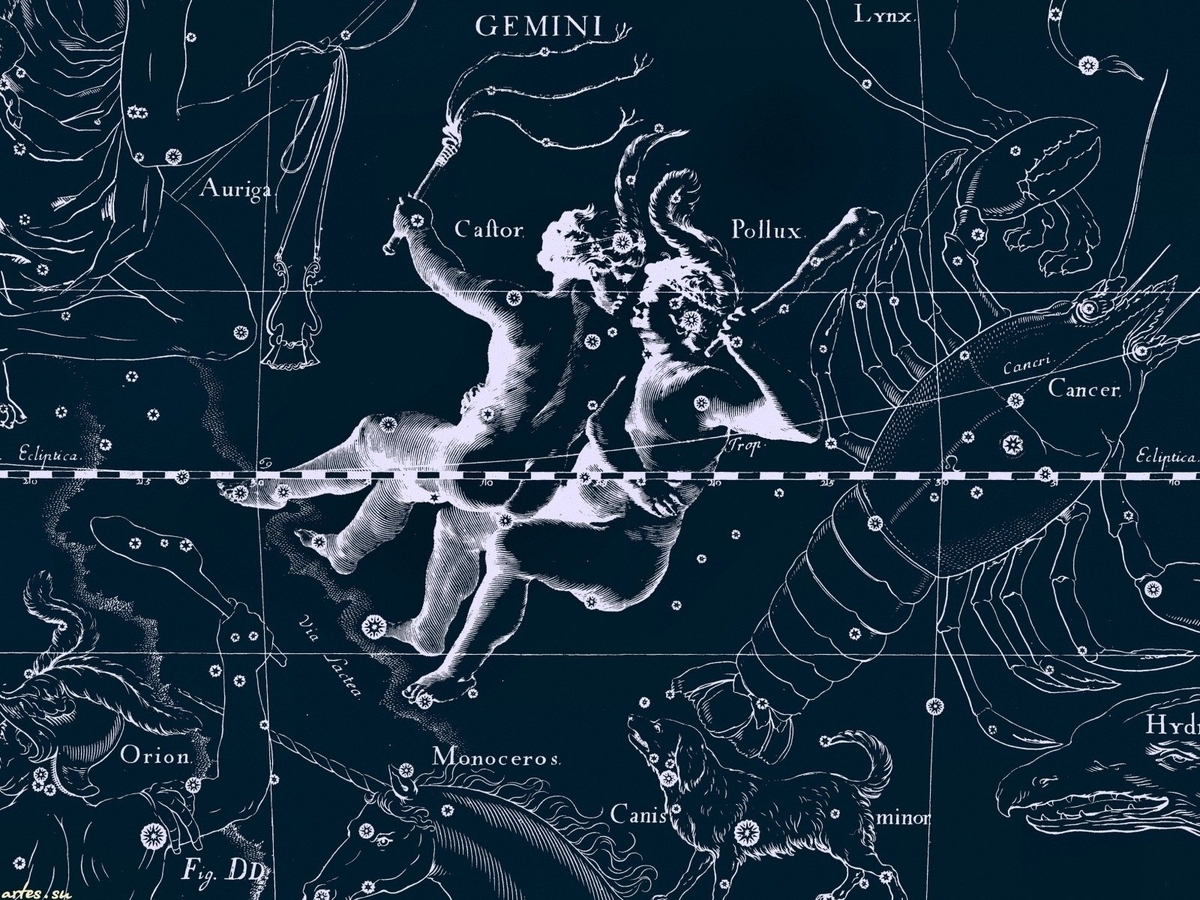 People born with North Node in Gemini (South Node in Sagittarius) have birthday between: (Based on Hong Kong time zone)

Today I would like showcase a very interesting example with someone having their south node in Sagittarius and how their life is panning out.

Elizabeth Holmes, the founder and CEO of the infamous Theranos, has her north node in Gemini and south node in Sagittarius. Theranos was a medical company which was at one time valued at 9 billion US dollars, claiming that it had the technology to only use a few drops of blood from a finger prick to run hundreds of blood test at a very cheap price. In 2018, Theranos was dissolved and its value dropped from billions to zero. Holmes was also been charged with fraud by the federal court.

According to Wikipedia, Holmes was born on February 3rd, 1984. I briefly mentioned that south node in Sagittarius has many natural talents. Sagittarius is the sign of adventure, vision, philosophy, religion and higher knowledge/intuition. At the age of 19 years old, the amazing vision in her to start a company to revolutionise the entire medical diagnosis field is truly world changing. People born with Sagittarius south node tend to have big ideas even at a young age, so they tend to get a lot of praises when they are young. This works well for them sometimes because without visioning something big, we cannot really start our race. Steve jobs invented iPhone, Mark Zuckerberg created Facebook. Because first of all, they had the vision in front of them.

South node in Sagittarius pushed Elizabeth and her vision but she didn’t have the practicality she needed. She had the idea to invent a skin patch that could test for diseases and deliver medication.  When she brought her amazing vision to her professor after only taking one course in microfluidics, her professor told her the idea would not work. What happened with Elizabeth then is that she did not go in to more detailed discussions, but she simply left and started to search a different professor who she could possible sell her idea to.

Years later Theranos had all the amazing talents from all walks of life working there, including some of the most gifted biochemists and engineers. But when some people voiced their concerns and different ideas about the technology, Homes did not want to hear. She kept firing people and shut them out, showing an attitude of “My way or the highway”.

Here the blockage of south node in Sagittarius rises. Sagittarius is the sign of truth and belief, but it lacks the skill of listening to other people. South node in Sagittarius people sometimes are too adamant about their own “truth”, and even sometimes self-righteous and dogmatic about their own “religion”. When other people words out their doubt, they become annoyed, belligerent, and sometimes even have a “How dare you disagree with my vision and beliefs?” attitude. One of the past lives of south node in Sagittarius is priesthood (since Sagittarius rules religion). We can see very clearly the way Holmes ran Theranos is a bit similar to how a dogmatic priest runs a church- “There is only one answer, which is the bible. If you doubt what the bible says, you must leave.” Theranos at one time had the best talents in the world, but not long after that, people left and the company started to go down due to the management style and lack of transparency.

Who else is similarly dogmatic and self-righteous, and tend to have no ears listening to other people’s ideas? Funnily enough, we find Donald Trump with south node in Sagittarius too. Can you see some similarities between them?

For south node in Sagittarius, what is the better approach? With the natural gift or beliefs and visions, what can be developed to really achieve success and find fulfilment? Remember we discussed earlier that the north node is always 180 degrees away from the South node. Holme’s north node is in Gemini. This is the very energy that Holmes and Trump must learn to develop and embrace. Gemini is the sign of communication and curiosity, and most importantly the Gemini type of communication is not a one sided preaching. Gemini is symbolised by twins, which is an equally flowing energy. Gemini North Node calls us to cultivate curiosity towards others’ opinions and thoughts, so that we can listen more, instead of talking all the time. One client of mine who was born in 1983 has her North Node in Gemini, and she used to work as a liaison manager. This is actually a great position for her because it requires her to develop her communication skills with people from all levels, including her superiors as well as the general employees. During one consultation, she revealed that she was actually quite distressed by the challenges she was facing. She said, “I used to think I was a great communicator because I used to teach classes undergraduate students when I was doing my Masters. I don’t understand why people think I communicate badly.” This brings back to the fundamental differences between Sagittarius and Gemini. Teaching is more of a one sided communication, it is us preaching the “truth” or “the only answer” to an audience and we expect that everyone listens and follows. This is a very typical “classroom” scenario. As we mentioned earlier, Gemini’s communication is more equal. It is more focused on understanding different points of views through our curiosity about how other people think—the most important thing we must be aware of is that there is no ONLY truth out there. Everyone’s life experience and upbringing are different and everyone has their own truth. Understanding and respecting each other’s “truth” will help North Node in Gemini people grow and develop to a great fulfilment of connection with the people around them.

Another fascinating tendency that I noticed through clients consultation is that South Node in Sagittarius people sometimes lack smooth social skills, especially in a setting where they need to make small talks, such as being in a party/event where they don’t know a lot of people. One of the reasons is because Sagittarius energy is vibrating with the higher philosophy of the knowledge realm. They can be very eloquent if you put a South Node in Sagittarius person in a serious debate about climate change, political scandals, or anything they are fairly knowledgable about. However in a social situation, especially when trying to meet new friends in a more casual and fun environment, light hearted conversation is more preferred and no body wants to seriously “learn” South Node in Sagittarius people’s knowledge when first meet. This could make things difficult for South Node in Sagittarius people because they tend to be a bit clueless about how to keep the conversation flowing. So they get nervous, and in order to hide their clumsiness, they will keep talking what they think and what they know in order to avoid the awkward silence. This again will further push people away because people think they are  egoistic and lacking interest in getting to know them. By asking simple questions and showing interest in others, not only South Node in Sagittarius people are creating the opportunity to learn about other people and other views in life, but also they are giving themselves a chance to truly connect with the world without pre-judgement and any preconceived notions; and in return people will love their humilty back and want to connect with them at a deeper level.

If we put together the life lesson for south node in Sagittarius, it sums up like this:

*Curiosity about what other people’s views and avoid the tendency to always preach your own.

*Check the facts instead of jumping into the conclusion with one’s own “intuitive feeling” or assumption.

*There is no such thing as absolute truth; because everyone has their own truth.

*You don’t have to be right all the time. Sometimes seeing different ideas is the point of a conversation.