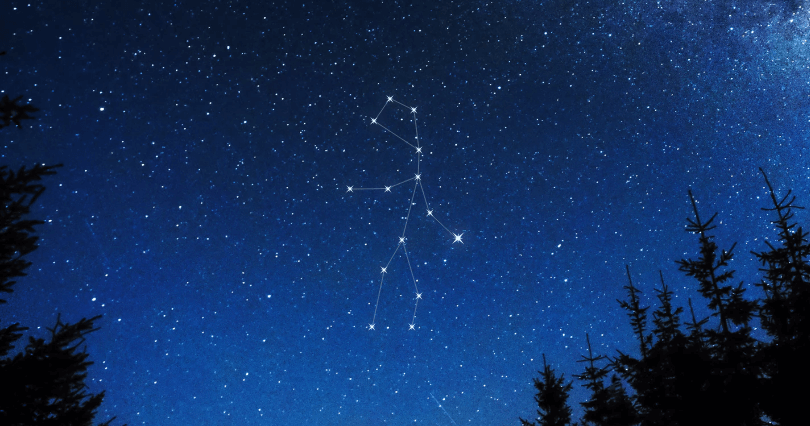 People born with North Node in Virgo (South Node in Pisces ) have birthday between: (Based on Hong Kong time zone)

I still remember many years ago, I noticed that a lot of friends of mine happen to have been born in late 1978 and 1979. I never really understood the reason but I noticed that those people are very easy to get along with. They are compassionate, sensitive and there is something very gentle in their soul. When I pull out their astrology natal charts, I noticed that they all share the same South Node in Pisces and North Node in Virgo.

Pisces is a mutable water sign. It is ruled by Neptune, the planet of dreams. Pisces energy is extremely sensitive. Usually people who have their South Node in Pisces have two types of possible past lives. The first type is dreamers. They were painters, artists or musicians. They dedicated their lives to what they loved and let themselves be lost in their fantasised world. Their freewheeling imagination cultivated their artistic sense that brought them tremendous creativity which took them through life. The other type of Pisces past life people are more on the down side. They spent their lives in prison, refugee camps or a religious institution like a hermit on a remote island, or a monk deep in the mountains. They spent much time being alone, voluntarily or not, repenting their sins (or mistakes) and praying to God for forgiveness and protection. The commonality between these two life styles of Pisces South Node lies in that they did not participate much in the daily activity of a normal society. The first type hid themselves from the society to be submerged in their artistic fantasy; and the second type surrendered their own control of life to be confined in an isolated institution. Thus there is always some traits of lonliness in those folks. This means that they came to this life time without fully understanding the energy of Virgo (being analytical, healthily discriminating and practical). The most common theme in them is that they tend to have damaged ego and tend to run away from challenges in practical life.

Pisces South Node people are so sensitive that they understand how much pain and suffering there are in the world, and thus they are very compassionate towards other people’s difficult situations, especially towards the loved one. This is a beautiful trait they have brought from their past life. However, this could go wrong in two different ways for Pisces South Node people if they don’t balance this well. First, being blindly compassionate for people without being healthily discriminating could lead them to the trap of being taken advantage of by dishonest people who would abuse them. They fall in love with someone, and then they give and inch and give a mile until they themselves become a victim in their own relationships; secondly, when they become so sympathetic towards others and so in tune with other people's suffering, they subconsciously feel it is OK/normal for themselves to suffer in love and thus stop doing their best to be a winner in life or in relationships---they withdraw, feel damaged and lose themselves.

A while ago I had a female client who came to me for consultation regarding her love life. She was a victim in her own life, being tricked by a man who only met her 2 months ago and who told her he loved her and wanted her to move to his town. She gave up her great job, saying goodbye to all her friends and families in order to be with the man. When she finally moved in with the man, he made a 180 degrees turn in his attitude. He started to become cold and nonchalant. She felt lonely without her husband’s love, and even more importantly, she was alone without any friends and families nearby. When I asked her, “how could you make such drastic life change for a man whom you know only for two months?” She was baffled by my question. On one side, yes she wanted love, but more importantly the man was enticing her by playing a victim himself, telling her how he suffered in his childhood and his previous relationships. My client suddenly felt they shared a lot of similar painful history and she felt a strong bond and the need to be there for the man.

Her action could sound very illogical to most people. Pisces South Node people tend to be overly sympathetic, and thus it makes them overly trusting and gullible. So in this life time, they must learn how to find their balance. How? The most important thing is for them to actively participate in life, build confidence and so that they become more self-aware and no longer is a victim in life themselves.

Memories of a consultation with a male client back in 2016 was indelible. This man had South Node in Pisces. Since after graduating university, he changed jobs 8 times (in total 9 jobs) in 7 years. He never was able to stay in a company long enough to get the right experience he needed. Luckily he has a powerful mother who knows a lot of people in business. So 5 out of the 9 jobs he had were referred by his own mother’s connections. But he again and again quit due to challenges that he was terrified by. When he quit his most recent job, he totally gave up and stayed at home for 3 months without doing anything. Things got even worse: He developed depression. When he came to me for the 2nd consultation, he was panicked totally and wanted rescue.

The reason why Pisces South Node people hate challenges is because they have fear, and the reason why they have fear is because they lack experience due to their isolated past life. Whichever life pattern they had in their previous life, they didn’t participate in daily activities enough, they were not being productive enough to build a strong and secure financial life. So now when they are facing all the practical problems that awaiting them to solve, they panic and run away. The problem is that when they withdraw, they never get to build the right experience they need, so they never overcome that fear, and so they resort to escape. This eventually becomes a vicious circle for them.

This does not apply to all Pisces South Node people, but they do need to be careful with any type of addiction. Pisces is ruled by Neptune, which is the planet of illusions and medicine. In fact one of the archetypes of Neptune pointed out by famous astrologer Liz Greene (https://en.wikipedia.org/wiki/Liz_Greene) is Dionysus, the God of wine, pleasure, madness and wild frenzy. Especially when Neptune forms a square with Venus, Sun or Moon in a natal chart, the native usually has some struggle with addiction. This also resonates with the artist past life type of Pisces South Node. Some of the most famous artists are in fact alcoholics. They tend to become intoxicated in order to find their artistic inspirations. I have seen a lot of Pisces South Node clients who are easily addicted to some kind of bad habit. It could be alcohol, drugs, sex, or anything that could debilitate their logical thinking when consume excessively. Usually the addiction would start with their simple wish to escape from their emotional pain (remember they are usually more sensitive to feelings). When they fail in reality due to lack of experience and confidence, they tend to withdraw from their productive side and resort to some addiction in order to find comfort. However when they become severely addicted, it actually hinders their participation to a productive life style. So again this would become a vicious circle for them. For doctors and social workers who deal with clients born with South Node in Pisces, I highly recommend that they be aware of such tendency of their clients.

When Pisces South Node people are creating a healthy life style (Virgo rules general health in Astrology), become disciplined and follow their productive daily routine, they usually get fulfilled and happy. This is really the cure for them. The Virgo North Node would require them to pull themselves back to the reality and actually resolve things little by little. Even if they only achieve 1%, they will gain that 1% confidence, which will propel them to the next little step. Then slowly they feel more secure and powerful. For example, a South Node in Pisces college student could be facing two choices: either he could go to a drunken party with his friends and get sozzled, and have hangover the next day and wouldn't be able to work on his important project; or he could stick to his health routine, sleep on time, wake up early next day, go for a refreshing jog in the morning and finish his assignment. This choice is not simply about whether he can finish his assignment on time or not. For South Node in Pisces people, choice like this is about how they can stay away from anything that jeopardise their productivity. Thus they become more in control of their own destiny to bring forth what they always wish for—be it health, success or simply just their self-love.

The last quality that will give Virgo North Node people happiness is about providing a useful service, since Virgo is the sign of service. This service could be anything that is practical, useful, brings convenience or fulfil a need for the community or society. The reason is because, like we mentioned earlier, Pisces South Node past life isolated these folks and they didn’t have an opportunity to serve people and find their self-value.  In this life time, when they provide a good service that people need, they find meaning in life and know they are not just “drifting” in life without a purpose. Then they feel secure and self-assured. Virgo, at the end of the day, is an earth sign, so Virgo North Node people must roll up their sleeves and take care of their life in a very earthy and practical manner.

*Building self confidence through participating in life and gaining experience

*Learning to be more discriminating in building healthy relationships

* Take charge of one’s own destiny, no giving up too easily.