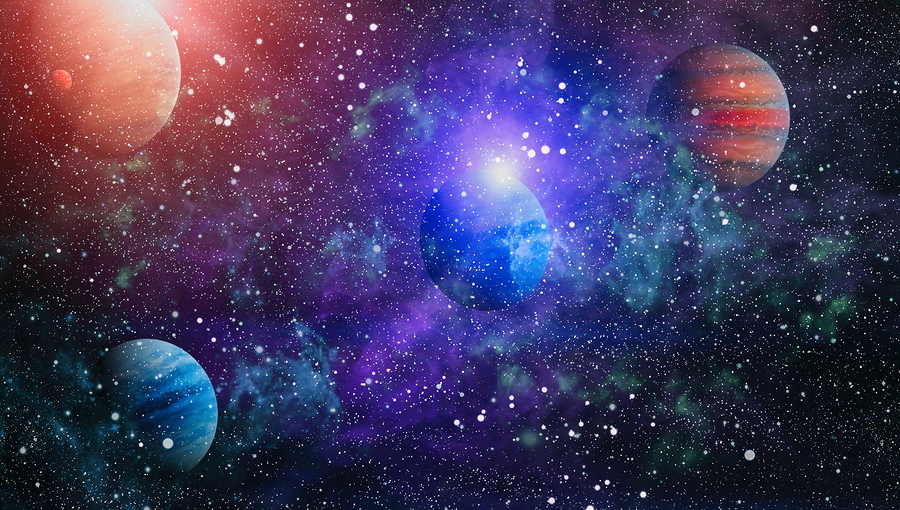 At the very beginning of 2021, there is a once in a life time starry alignment: Uranus conjunct Mars, square Saturn conjunct Jupiter in the night sky. This alignment is so significant that we cannot help feeling the frictions and disharmony just having entered 2021. Saturn square Uranus is a form of universal wakeup call to humanity in one way or another.

First of all, what is Saturn and Uranus; and how do we understand them square each other?

Saturn as a planet takes 28~29 years to orbit the Sun once. It rules our human tradition, or the way we were taught and brought up in the world.It is associated with restriction and limitation, but depending on the way we utilise its energy, it also brings structure, stability and meaning to our lives. It reminds us of our necessary boundaries, responsibilities and commitments. Saturn sometimes is associated with a father or authority figure (a government, a boss etc). Saturns in its most positive form helps us to grow wiser through lessons, more often harsh than an easy short cut.

In astrology, Uranus is the planet associated with innovation, and revolution, governing everything from modernisation o earthquakes. Uranian energy is volatile, shocking, and electric, so whenever this powerful planet gets activated, it’s a sign that things will get shaken up. Even when the planet was discovered in 1782, it was during the industrial revolution in the UK. Human society was leaving the old era of manual labor and stepping into the time of machinery and capitalism.

Due to the nature of the two planet’s orbits, they form a critical angle in the sky (conjunction 0, square 90 degrees  and opposition 180 degrees) once every 10~12 years.

In 2021 January (yes, now!), Saturns is coming to a tight square with Uranus again in the sky. The main theme of this square is shown by the conflict of the two planets, since from their nature they already represents very opposite energy in the world: tradition versus innovation; regulations versus freedom; structures versus creative chaos. If a person is born with a natal configuration with Saturn square Uranus, the personal identity could be focused within strictly defined parameters, with self-imposed limitations on freedom of choice and action; they could self censor their original thoughts, rebellious emotions and physical acts subliminally. The person might often find the need for change deeply disturbing and have an intuitive fear that if they allow that process to occur, there is judgement and antagonisation. For most of us, who don’t have this configuration when born, but the once 10~11 years friction between the two stars in the sky still tends to create some struggles in humanity as a whole.

Last time Saturn and Uranus having a crucial aspect was when they are in opposition in 2009.The global financial crisis was a period of extreme stress in global financial markets and banking systems around that time. Around 10 years before that, it was last time the two planets were in square, we witnessed the controversial US presidential election between George W Bush and Al Gore in 2000, which was eventually resolved by the supreme court; back track another 11 years, we saw the falling of Soviet Union and the political upheaval happening in Tiananmen Square…You see, Uranus square Saturn is the revolutionary energy when things must change and be challenged.

Since 2018, Uranus has moved into Taurus, the stubborn zodiac sign of earth and will not completely leave until 2025. Taurus is the sign of earth, as well as money and value. This disruptive Uranus energy could manifest itself in how humanity deal with food (which comes from the earth), finance as well as our mother nature. We have already seen the coronavirus attacking the global community due to the way we handled wild animals (wild nature); the trade war between powerful economies such as US, China and Australia (finance); the Indian farmers' ongoing protest against the three farm acts which were passed by the Parliament of India this year as well as the disastrous locust plague overwhelming North Africa, Middle East as well as the Indian peninsula (nature and agriculture).

Saturn in Aquarius coming to a square to Uranus in Taurus is a wakeup alarm to us. It works as a trigger in the sky, fundamentally telling us that unless we all collectively make changes in the old ways we used to deal with mother nature, there is a big price to pay. The chaos in the areas ruled by Taurus has always been there, but the coming of Saturn teaches a harsh lesson and brings new innovations (Aquarius). We can expect massive changes involving finance, consumption, and the environment to continue through 2026, which could through temporary chaos and uncertainties bring a new era. For example, we are already seeing one of the most financially conservative government China is moving closely to launch its digital currency Yuan. This is going to be the first sovereignty digital currency in the world. On a larger scale, financial sectors and environmental sectors will experience rapid transformation throughout 2021.

So what at a personal level do you and I need to prepare for this shaky period of time? Is there more lockdowns, restrictions and loneness? Unless we collectively have acknowledged the issues at hand globally, and more importantly become ready to learn, the Universe does not seem to want to get loose on us. If you work in those field, be progressive and also learn from our past traditional experience. If you are trying get your relationship going, be patient with the progress and wait for the chaos to die down before any irrational decisions. No stubborn attitude now can serve us good! For those of you who are looking for a profound transformation in the self, no worries. Changing your diet, newly make a healthy daily routine, embrace the concept of group and community instead of being “all about me” attitude is on the frontline. The Universe is calling all of us to balance the rebellious self (Uranus) and the self-limiting censorship(Saturn) so that we go through our metamorphosis like a beautiful butterfly when Spring approaches this year.