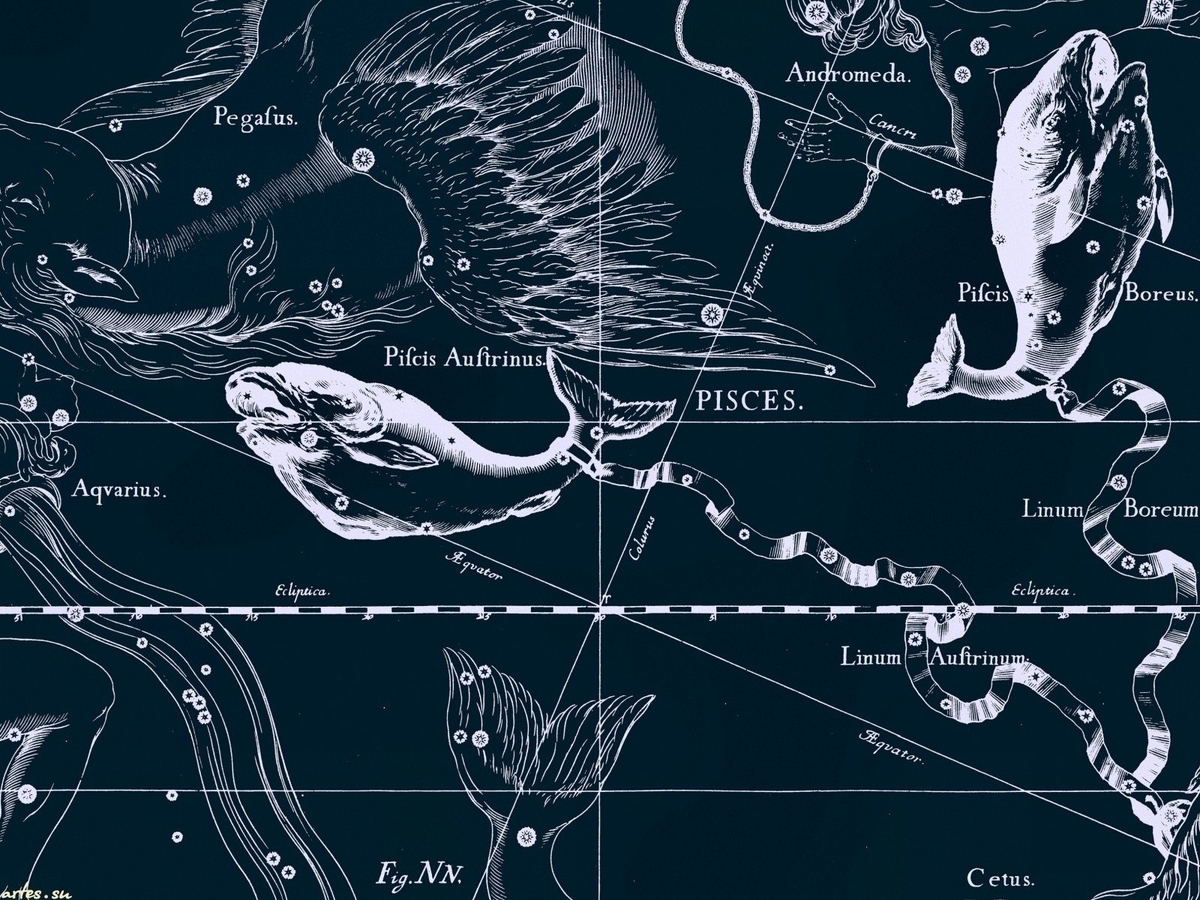 People born with North Node in Pisces (South Node in Virgo) have birthday between: (Based on Hong Kong time zone)

In April 2019, Rugby Australia stood down Israel Folau, the famous player who played for the New South Wales Waratahs in the Super Rugby. He was sacked by Rugby Australia due to his latest social media posts “God’s plan for gay people was hell.” The news didn't shock the Australian public, since it was not the first time that his self righteous religious belief brought dark clouds over his head. He had repetitively thrown slurs and discrimination againt LGBT community for the past few years.

Before we rush into Folau’s astrological alignment, Let’s dig a little bit into Folau’s background. Folau was born in New South Wales in the late 80s and raised as a Mormon. Having grown up in an extremely religious environment, Folau is a devoted Christian and a member of an Assemblies of God. In April 2018, in an Instagram post, he claimed for the first time to the public his extreme views on homosexuality; to quote his words exactly “Hell…Unless they repent of their sins and turn to God.” His comment outraged the general public but he was luck not to be sanctioned by Rugby Australia. Then again in April, his comments on social media rattled everyone and destroyed his future career.

Folau was born on 3rd April, 1989. His North node is in Pisces and South node is in Virgo. Virgo is the sign of analytical and critical thinking. South Node Virgo people usually are very detail minded and observant. Their analytical mind gives them a sharp eye to distinguish the right from the wrong. Virgo is a sign ruled by Mercury, the God of thinking and analysing. Virgo is like a dependable work mate whom you can leave your tasks to and don't need to worry if it is properly done. Virgo South Node people spent their past time lining things up, structuring them, and put everything in its own place, thus they found their happiness by creating a perfect order. In this life time, since their mission is to master their North Node energy, sometimes Virgo South Node makes them overly critical and opinionated. Especially in the case of Folau. Furthure more, not only does he have South node in 4 degrees Virgo, but also he has Jupiter in 3 degrees in Gemini, thus forming a square to both his node. Jupiter is the planet of higher philosophy and religion. When a planet is square the Nodes, it necessarily creates a T-square, which creates a challenge between the past (South Node) and the future (North Node). Jupiter is in a very tight square in Folau’s case. This shows the tendency that the religious belief might hinder his spiritual growth. Ingrained beliefs and dogma could be the roots of the conflict and thus delay his growth and development. Religion, teachings, or lack of broader vision are all possible causes. Specifically Jupiter in Gemini is very much about “talking about religious believes” since Gemini is the sign of communication. In an ABC show, TV host Kellie Underwood addressed,

Can you see the clear representation of how Folau's South Node in Virgo with his Jupiter in Gemini square nodes in reality? If we are facing the similar situation like Folau, what should we do? Remember, whatever the astrological challenges are posing, there is an opportunity for self-awareness and bigger development. What is a needed here is NOT about simply forfeiting all our believes, more importantly we must transform the old and dogmatic ingrained beliefs. First of all, having North Node in Pisces means we must embrace universal love and cultivate gentle compassion. Pisces is the sign of sympathy, love (remember Venus is also exalted in Pisces) and sacrifice. Pisces is the sign symbolised by two fish, it is the vast ocean. Its love is not limited and discriminating but expansive to the entire humanity. For Folau, he must learn how to use his compassion  for people who live a different life style from what he believes to be right. The more fault finding and critical, the more he might be drawn backward to his south node and thus he would feel stuck and thus lack of growth.

To look for a solution for him, we also will look at what other beneficial aspects are there connecting his north node in Pisces. If we have a closer look at his natal birth chart, we see his Uranus in Capricorn is in sextile with his north node, which offers an opportunity for growth. Uranus is the rebellious energy filled with modernised thinking. In fact, Uranus was discover in 1781, the time of the first industrial revolution in UK, also the beginning of our modern science. It is the planet of freedom, uniqueness and progressive thinking. For Folau, maybe the best way for him to reach his north node Piscean energy is by embracing his Uranus in Capricorn---respecting innovative ideas (e.g. same sex marriage) based on integrity and maturity (Capricorn); and letting people be free to choose the life style they have, and so he himself will also feel liberated and happy as a role model.

Virgo South Node people had a past life where they found their structure and detailed planning very helpful for them. Thus when they are born into this life again, they tend to fall back on their old traits and try to manage everything, and fix everything that they think is wrong, as well as lacking boundaries and being overly concerned with details. The life lesson North Node in Pisces people must learn in this life time is to embrace the Pisces energy. Pisces is the zodiac sign also symbolising spirituality, surrendering of the self to the universe. The healing effect of Pisces requires the natives to trust, go with the vast cosmic ocean waves to find their destination. I remember an old client of mine who came to me for a consultation 2 years ago. She had just lost her job from a big corporate because her boss didn’t like her. When I asked for more clarification, she told me that when she first started to work there, she realised that there were a lot of issues with the company’s management as well as the way they operate things. She felt it was wrong and she "must" do something. So she tried to change things in the company hoping the situation would improve. There was nothing wrong with her intention. But when she tried to “fix” everything (including the things that are not really her responsibilities) so that things would go in line with her ideal vision, she accidentally offended a lot of people, especially her boss. (She actually told me that one time she went into her boss’s office to tell her boss how he should talk to his employees to create a mutually respectful environment, Oh dear god!) Some people in the company even felt she was threatening. Eventually her boss thought she was an eye sore and fired her. She was devastated.

Usually when North Node in Pisces people try to fix things, they have the best intention. They worry that things will not work out in the way they want, so they keep “meddling” until the moment they can be assured that they will get the result they are looking for. Just like this client of mine, she genuinely wanted to improve things in the company. There was no doubt that her initial intention was good. However going down this path of "I must fix it" is usually a trap for them. As Jan Spiller wrote in her book, “Since life and people are never in a static state of perfect order long enough for Pisces North Node people to feel secure, their expectations can lead to continuous tension and anxiety. Because life and others are never ideal enough for them to let go of control, they continually postpone trust and joy.” The life lesson that they must learn is that acknowledging the world will be fine and the sun will rise the next day even WITHOUT their participation. This comes down to one fact that South Node in Virgo people tend to neglect, which is that the universe already has a plan for them and it is 9 out of 10 times better than their own calculated plans. By staying far away from the problem they think there is/needs them, and surrendering themselves to the universe, they suddenly see the bigger picture and they understand that things will pan out naturally and life is actually easier. There was no need to be so “hands-on” 24/7 from the beginning.

The last important thing I would like to point out is that ocean is very healing for Pisces North Node people. Fish needs water, so that Picces North Node people. Walking along the beach, or even listening to the sound of the ocean waves is very soothing for them. I remember a Pisces North Node client who eventually moved to Bali from Hong Kong. I still remember what she said " When I am in Bali, I feel home." The ocean reminds them that we are at the end of the day, just a tiny part of the cosmos, and the universe is so big and powerful. Trust the universe, because the path is already there.

*cultivate compassion and sympathy versus overly critical and opinionated

*learning to be gentle and forgiving

*leaving the obsession of fixing things that are not perfect to your beliefs when it is not really your job.